I just spent some time off, which included a good deal of driving around the U.S.

My obvious observation is how ludicrously big this country is, and how breathtakingly beautiful. It defies hyperbole.

(There is also tremendous amount of monoculture agriculture, or at least that’s what you see from the highways.)

The one thing I found most surprising, though, was the American flag. Very often we’d see it from the road, often on all the posts of one big farm or another. 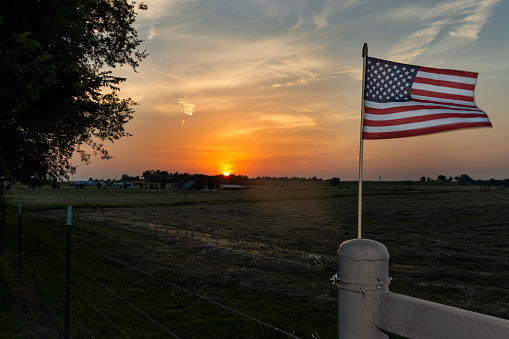 And every single time, the farms that displayed that flag also displayed a strong, right-wing message of some sort: either about Trump and the “stolen” election, or something really clever like “Biden Sucks” or “Let’s Go Brandon.”

I hate the fact that when I see the American flag now, I increasingly expect to see, next to it, a statement or sentiment that I find profoundly anti-American. A statement that, to me, rings of intolerance and aggression and hatred.

And I can’t help but wonder what the people who feel strongly about the things I think that flag represents—tolerance, women’s rights, welcoming the stranger, openness to new ideas, and seeing difference as the bedrock of what makes this country great—can do to reclaim that flag.

Perhaps most important of all, we need to again be a nation in which the flag is embraced by everyone, a nation that is unified in our patriotism even though we might be divided on our views and the policies we embrace.

WHAT STARTED IT ALL

My Manifesto for Nonprofit CEOs

best of the web:
The Generosity Experiment